Compromising four man-made islands spanning 30km2, the newly-built Forest City will be a smart and green futuristic city that combines environment, technology and cutting-edge technology to create an ideal, idyllic and technology-driven living and working space ecosystem. This is a unique opportunity to be part of this dynamism, where industries can benefit from pro-business policies, and government incentives exclusive to Forest City. Many key industries have already committed to setting up their operations here, and this will further spur regional economic growth amid an already-robust backdrop of a consolidating ASEAN community and China’s “Belt and Road” initiative.

As a group of four man-made islands, Forest City is first and foremost, visually distinct from the other developments and townships in Iskandar. It also distinguishes itself in other ways; in building Forest City as independent islands from the ground up, Country Garden Pacificview has the freedom to create an urban landscape and key elements that foster an ideal living environment. These unique features will also enhance the security and privacy of Forest City.

Forest City is located in the heart of ASEAN, currently the world’s seventh-largest economic bloc as its GDP -which has been steadily growing – reached US$2.5 trillion in 2016. With a population of 600 million which exceeds that of the European Union or North America, ASEAN presents a massive market opportunity. In addition, ASEAN has the world’s third-largest young population after China and India: approximately 60% of its total population is under 35 years old.

The region also boasts a growing middle class, with a consumption power projected to grow from US$1.5 trillion in 2015 to US$2 trillion in 2020, which will exceed that of India and potentially even China’s coastal region. The ever-growing population and the resulting expansion of consumption needs will trigger massive demands for infrastructure, creating new markets and opportunities for businesses.

Its superior location is a key factor enabling Forest City to attract a number of outstanding strategic partners in such a short time. Forest City will contribute significantly to the region’s economic growth by attracting spillover industrial opportunities from Singapore. Being a special economic zone within the Iskandar special economic zone, FOrest City is the gateway connecting Singapore and Malaysia. It is easily accessible via land and water, being only 2km from Singapore and adjacent to the Tuas Second Link between Malaysia and Singapore. As a free trade port, the Malaysian government has granted in-principle approval for an exclusive Custom Immigration Quarantine inside Forest City. It is also only a 10km drive from Port of Tanjung Pelepas, Malaysia’s biggest container port handling the highest volume. Forest City’s proximity to Singapore means that investors can enjoy Malaysia’s lower business operation costs while expanding their businesses by taking advantage of the platforms provided by Singapore. Residents can also enjoy Singapore’s metropolitan lifestyle at Malaysia’s lower costs. Let Us Call You! 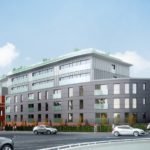 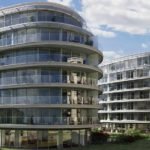