Why Now is the Right Time to Invest in London Property? 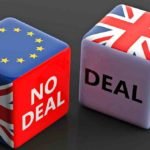 The fervor around Brexit is still high with people waiting to see what will happen on the day the deal goes through, March 29th, 2019. A sense of uncertainty and anticipation has taken over the UK in the last few years with currency rates and local real estate markets paying the price.

Experts, however, cite this small window of uncertainty as the best time to snap up a luxurious London prime property. In the last year, the intensity of Brexit negotiations has reached a plateau and investors are seeing this as a golden opportunity to increase their holdings.

Indians emerged as the second largest buyers of London properties in 2017 according to the London Central Portfolio’s sales audit. Reports suggest that Indians own over 3,000 luxurious properties across some of London’s most coveted neighborhoods.

Why is it the best time to invest in property in London?

1) Weaker property rates – London is no longer a seller’s market, instead, it’s the buyer who hold the power. In uncertain times, sellers are getting weary and are more likely to negotiate on prices. This shift in domination has caused the average asking price in the capital to fall by £15,000 since its peak two years ago. We are now seeing the lowest London property prices since 2012. Sellers are eager to sell off their properties due to stretched budgets and uncertainty in the market, often agreeing on far lesser prices than they would have originally planned for.

2) Lower currency rates – The British Sterling Pound has always been a currency of power and had been on the up rise for a considerable period of time. However due to the Brexit hit, the pound, whose conversion rate was as high as Rs.103.3 in 2013, has now fallen to Rs.92. Indian investors have realized that now is probably the best time to invest as the conversion rate is to their advantage, making them eager to capitalize on the plummet of the sterling.

3) Benefits of the city – According to the Association of Foreign Investors in Real Estate, London has emerged as the top global city for real estate investors in 2018. Apart from the current scenario that makes it a lucrative business opportunity, the city boasts many factors that add to its appeal. The wide market, ease of transport, lifestyle, cultural attributes, a stable rule of law and transparency are just some of the reasons foreign investors are attracted to this city, not to mention the ease of adapting to an English speaking country.

4) A lucrative addition to the portfolio – A real estate investor is only as successful as his purchases. Indians have always looked to invest abroad, and places like Dubai have been a favorite among them. Due to the high prices, London has been out of reach for a lot of people. But the drop has made these places more accessible. According to Economic Times, as opposed to buyers from Singapore and Hong Kong, Indians are more open to buying new as well as established properties, giving them a wider range to choose from.

5) Long term benefits – Globalization has opened university doors with open seats for potential Indian students. With its world-renowned colleges and modern lifestyle, London has been one of the top contenders among students and parents alike for higher education opportunities. Many go on to secure themselves jobs in the capital and choose to settle down as London residents. Keeping this in mind, the steep prices make it a good time to invest in a property for plausible future use.

Are you interested in owning a home in London but not sure where to buy? Krypton Global Investments offers expert advice and services for UK Investments. Get in touch with us at [email protected] to determine the best property for your investment.

The Pendleton is an exclusive 6 – storey development that…

The current investment opportunity in the UK, starting with as low…